skip to main | skip to sidebar

Chaplaincy and Separation of Church and State

This was a homework assignment from IFOC chaplaincy class.

The phrase "wall of separation between Church and State" comes from a letter by Thomas Jefferson replying to the concerns (and congratulations on being elected) of the Danbury (Connecticut) Baptist Association that religion could be legislated in the various states. Jefferson feels this wall was built by the First Amendment.

Lemon v Kurtzman was a 1971 Supreme Court case looking at whether it was legal for the states of Pennsylvania and Rhode Island to (partially) reimburse private schools for the education of the state's children. It was found that it was not constitutional because the law was only benefiting the Catholic Church and the parochial school system was "an integral part of the religious mission of the Catholic Church." The case law produced the "Lemon Test", which is a 3 prong test of whether or not a religious related act or entity violates the separation of church and state.


Lemon (Alton Toussaint Lemon) was a social worker and civil rights activist who objected to the state paying part of the salaries of private school teachers. He was also a parent with a child in public school, which gave him standing. Some believe he was chosen as the namesake because he was African-American and an underlying issue was people using private schools to avoid desegregation.

Carter v Broadlawns (1989) looked at whether it was constitutional for government entities (a hospital in Iowa - Broadlawns Medical Center) to pay chaplains.  Carter refers to 2 people named Carter - Larry Henry Carter and Courtney Carter (a third person Maurice LaBelle also filed suit), all 3 identify as athiests. Applying the Lemon test, the court found secular purpose in supporting the hospital's holistic treatment approach. It was also found that having a professional staff chaplain reduced entanglement because part of the job was to ensure volunteer chaplains were not proselytizing and hospital staff were spending less time supervising volunteer chaplains.  (Source: Los Angeles Times 3/27/1989 )
Posted by Juli at 10:35 PM No comments:

I've been studying to be a chaplain for a year now, and I'm going to start sharing some of my schoolwork. I've been loath to do so because the set topics don't always feel true to me, but I'm going to attempt to get over that.
Posted by Juli at 10:41 PM No comments:

This year for my Lenten reading, I am reading social justice books (well, possibly only one, we'll see how it goes.) This is very much in line with my UU heritage. I am starting by finishing Sundown Towns: A Hidden Dimension of American Racism by James W. Loewen. I started it, I think, a few years ago and have read it on and off, but quite honestly it is a hard and challenging read because I just don't want to face the racism I've been living with all my life and ignoring. I live in Oregon, which was designed to be all white and even advertised as a "White Paradise." Eugene, where I live now, was a sundown town. It wasn't that long ago that the white cross on a hill that historically marked the town as no blacks allowed was moved off of public property. It is apparently still on private property somewhere.

John Pavlovitz, in an excellent though mostly unrelated post, referred to the writings of Paul as pastoral letters. I am, in general, not a fan of Paul. I think he tends to say things that are overzealous and mean sprited. However, in the context of pastoral letters, his writings take on a whole different meaning. They are written not as permanent instructions, but to fix problems and raise faith in the present time and place. He is at times a great & poetic writer & his writing is worth keeping & studying for the beauty and history. But it is not and was never meant as instructions for how to live our faith outside of that time and those congregations.
Posted by Juli at 4:42 PM No comments: 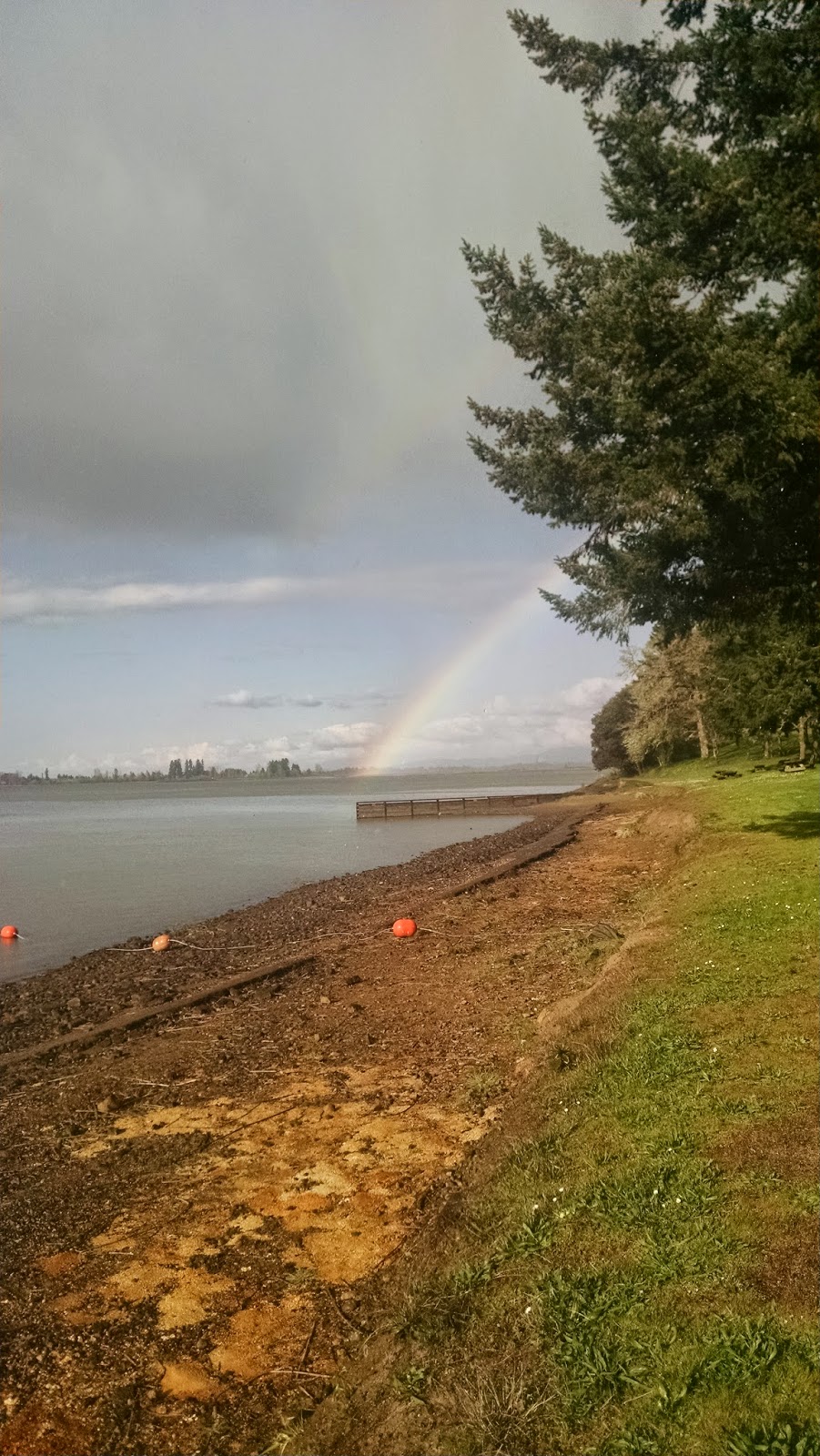 Apparently I should have saved this photo for today as I have nothing better.

I had no involvement in the making of the following video, but the family is having so much fun that it goes well with the theme of "rejoice." It is also a very secular celebration of Easter. While a number of Christians have commented on YouTube and elsewhere that they find it offensive, I think that if Jesus were (is) running around today, he'd be all for candy and eggs and fun for everyone.